Photo image for the story “Fishing for Success”

Implosions of America: Nine Stories will be released Friday morning on Amazon as an ebook. You can already get it as a paperback at CreateSpace. The paperback will be available through Amazon before the weekend is over. I’m still thinking about whether I want to go through a shark jumping exercise and post to other sites like Smashwords, Barnes & Noble, etc. For now Amazon and CreateSpace are your best bets.

For what it’s worth, independent publishing is hard enough, what I’m doing with Implosions is close to insane. The Amazon-Indie system is astoundingly good for genre and pulp fiction — whether you’re talking romance, mystery, thriller, YA, or sci-fi. Historical fiction and non-fiction are also pretty well served. Throughout the Internet over the past several years large networks have been established for genre fiction. Book bloggers specializing in specific types of story are common. So are niche FaceBook sites, genre communities, END_OF_DOCUMENT_TOKEN_TO_BE_REPLACED

The eclipsing sun pierced my right pupil for just a split second as the moon slid into place and Bailey’s Beads began to spin. Bailey’s Beads are little solar flames of prismed ruby light bouncing off the valleys of a black moon. I just needed a glimpse of that one eclipse with my naked eye. Just one tiny split of a moment. That took place up in the Cascade mountains in 1979, more than thirty years ago. I’m sure this is the cause of my vision troubles today.

Dr. Davis has been after me for several years now to visit an ophthalmologist. I used to love the way END_OF_DOCUMENT_TOKEN_TO_BE_REPLACED

My first “Talking Indie” column, “Sorry, Your Buddies Won’t Buy Your Book,” was published today at the online magazine Talking Writing. If you haven’t read it, you can check it out HERE. It’s all about getting over the friends and family hump when you first step into the dark and stormy night of marketing in the book world.

Very quickly, I want to add a couple major items that this article implies for anyone looking for nuggets of wisdom on independent publishing in this new frontier.

There are some incredibly informative blogs and websites out there written by experienced and insightful Indie Authors and book marketing professionals. You really need to spend a few months END_OF_DOCUMENT_TOKEN_TO_BE_REPLACED

After reading A Pilgrim at Tinker Creek and the last part of On the Road. 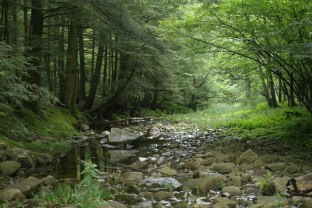 That sense that here I am touching more than myself, but, fantastically, and with dumb luck, I have stumbled toward the top of a ravine where the bottom that I can see below me reflects something more than schist and feldspar.  I step over the edge and immediately I am falling what looks like a very long distance, enough to kill me. Momentarily, an image starts to go through my mind of my sweet lost mangled body crumpled into two or three fissures in the rock, bloody, limp, gone. Then, wham, I hit. And everything’s okay. Very quickly, I wonder if I was just flying.

Lightly, with the floppy thud of a large eraser in the shape of a man, I hit a soft, flat spot that I couldn’t quite see looking down. It’s dusty for a moment and maybe I cough once or twice. But the air END_OF_DOCUMENT_TOKEN_TO_BE_REPLACED

Guernica, which is one of the best online culture magazines out there today, just posted their November 1 edition, and it’s quite a compendium of stories, interviews, essays, art, and poetry. They offer a pretty insightful interview with Junot Diaz that gets old JD to let his hair down quite a lot about his alter ego Yunior de la Casa.

I can also very strongly recommend reading Frank Cassese’s essay, “It Doesn’t Mean We’re Wasting Our Time,” a poignant and quite insightful story about the meaning of a postcard he received from the late, great, and beloved writer, David Foster Wallace. For every writer out there on all levels, this essay is a must. And, to be honest, I think people who just love to read books as well as people who love writers (that is, sleep with them and commit loving but, hopefully, sweetly salacious acts with them) should also read this piece. Cassese gets at the heart of the question: Why the hell do we do this to ourselves? It’s a great essay. Guernica should be proud of themselves for getting this out to the rest of us. END_OF_DOCUMENT_TOKEN_TO_BE_REPLACED

Front and back cover

Sometime this evening, I will be pulling the plug on my post of the title story to my new collection, Implosions of America. Read it now, save it, or print it out. And remember that November 16 is the release date for the book.

With two weeks to go before our national election, I  had posted the following election short story…but it’s gone now. When a story implodes it’s an ugly site. You should have seen it.

32 years ago we had an election that changed the course of history. Us young libertines of the time were none too happy. What actually transpired that night in my little world, so many years ago, was a rather debauched episode that ended with a number of us taking our household TV outside and someone slamming it down in the middle of the street. Prior to that seen in the street, I recall Chuck Bell climbing on top of the TV as it muttered away in our living room. Chuck pontificated quite eloquently for a broken and sad 21-year-old on the wreckless nature of the American public while in a catcher’s squat and wearing a luxurious nightgown.

The book will be released on November 16th. It will be available in both digital and paperback formats. As always, this post will self-destruct in a few days, so either read it now or download it (and please don’t let me know if you do the latter).

Implosions of America: a tiny excerpt

Tucker was still out getting supplies for our billboard work when Janie Hawthorn came up with the idea of a TV demolition event. “We publicly unveil a group of TVs,” she said, “all stacked into a pyramid, then smash them to pieces.”

Angeline Worley, a quiet, studious girl who worked in the library, piped up and said: “Yeah, we could have them all powered up and tuned to individual channels.” I’d been attracted to her since moving into the house. Angeline had a confidence about her that I only partially understood in women back then.

You can read the rest when the book comes out on November 16.

There are fabulous, creative artists everywhere in this country. I am so grateful to photographer extraordinaire Warren Harold for use of two of his images of a building implosion for both the cover of my new collection of stories and promotional highlighting of articles for my book. Yes, that’s his photo of the West Pavilion Professional Building at the Houston Medical Center in my latest post, “Everyone Gets a Scarlet Letter.”

Check out Warren’s work at his website, http://thatwasmyfoot.my-expressions.com. He has a discerning eye for the bizarre and interesting. And seems equally at home with people, portraits, and inanimate objects. What I see in Warren’s work is passion for the magic that images elicit in us in the day-to-day. That magic is so odd. Were we to END_OF_DOCUMENT_TOKEN_TO_BE_REPLACED

We’ve been through more than a decade of struggle now, haven’t we? There’s that economy thing that’s been eating at all of us this past three years. But there’s also the insanity of extremist violence and murderous intent directed randomly at those of us who are innocent.

All of this seems to have at least temporarily altered the core sense that most of us have of what counts in life. What seems to have happened is not that we’ve changed our values or our definition of the meaning of life, so much as we’ve forgotten the importance of those issues and their bedrock necessity.

This stuff ain’t going away. It’s no ones fault. Economic and social chaos have always been with us. These days, though, this chaos is amplified because of the reach of media, the density of world population, and the fact that peace and happiness in END_OF_DOCUMENT_TOKEN_TO_BE_REPLACED

If you’re a Goodreads member, you should enter my special GiveAway offer of an autographed paperback edition of Beyond the Will of God. The GiveAway contest is running from October 12 thru October 23. This is a worldwide competition. As I write, 135 people have already signed up.

If you’re not a member of Goodreads, you should sign up to take a shot. It’s all free! America’s readers are all there. You can be too.

Beyond the Will of God

See the giveaway details
at Goodreads.

Get the Ebook Here

Get the Paperback Now 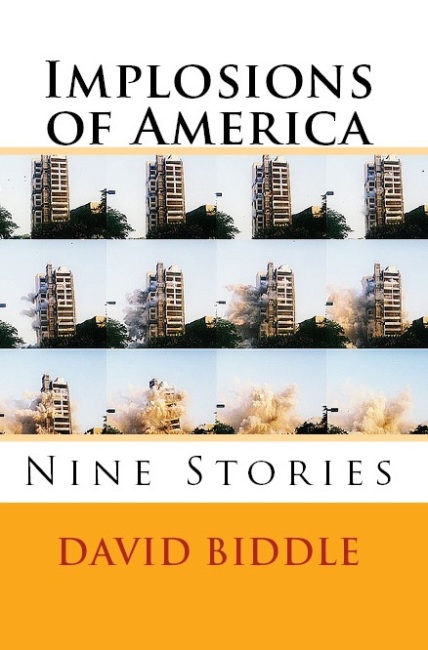 Stories about everything from romance to nude political protests to fishing & art.

Shall we all cook together or die pretending?

The opposite of Zen

Working hard to get better every day...

stories from an ordinary life

Because Sharing Is Caring

about the craft and business of fiction

Calling writers for literary fiction and scifi shortstories and flashfiction submissions at our litjournal http://www.bdlit.com

Brooklyn Based
My Memories of a Future Life

My Memories of a Future Life - a critically acclaimed novel by Roz Morris. And home of The Undercover Soundtrack